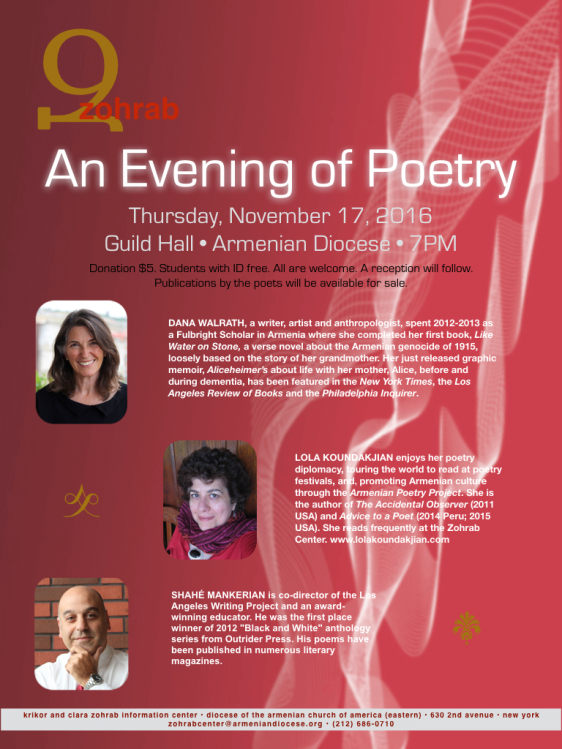 ZIC: An Evening of Poetry

American-Armenian poets Dana Walrath, Shahé Mankerian and Lola Koundakjian will read from their works in English and Armenian.

DANA WALRATH was a 2012-2013 Fulbright Scholar in Armenia, where she completed her first book, Like Water on Stone, a verse novel about the Armenian Genocide, loosely based on the story her grandmother. LOLA KOUNDAKJIAN reads regularly at the Zohrab Center. She has read her works internationally and published them in several translations. She is the founder of the Armenian Poetry Project. SHAHÉ MANKERIAN is co-director of the Los Angeles Writing Project and an award-winning educator. He was the first place winner of the 2012 “Black and White” anthology series from Outsider Press. His poems have been published in numerous literary magazines.

Sunday, Mar 8 Arts and Culture Other