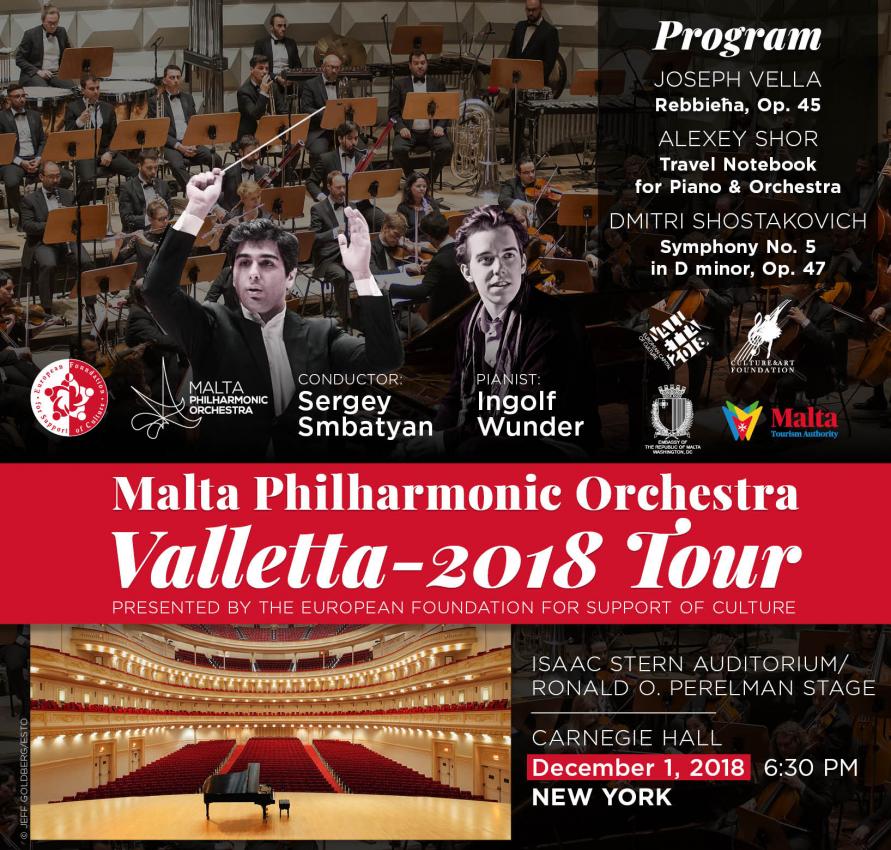 Embassy of Armenia to the United States invites you to 3 concerts, featuring Maestro Sergey Smbatyan, Artistic Director and Principal Conductor of the Armenian State Symphony Orchestra, who embarks on a tour across the United States with the Malta Philharmonic Orchestra (MPO).

Free admission. RSVP with your name and the names of your guests to rsvp.armembassyusa@mfa.am by November 23rd to reserve your free tickets, which will be available under your names at the Will-Call windows in Concert Halls. Have your photo IDs with you. Make sure to pick up the tickets in advance on the day of the concert to avoid long lines. Arrive at least 30-45 minutes prior to the concert.

Embassy of Armenia to the United States
Malta Philharmonic Orchestra

To reserve tickets email to rsvp.armembassyusa@mfa.am

Sunday, Mar 8 Arts and Culture Other