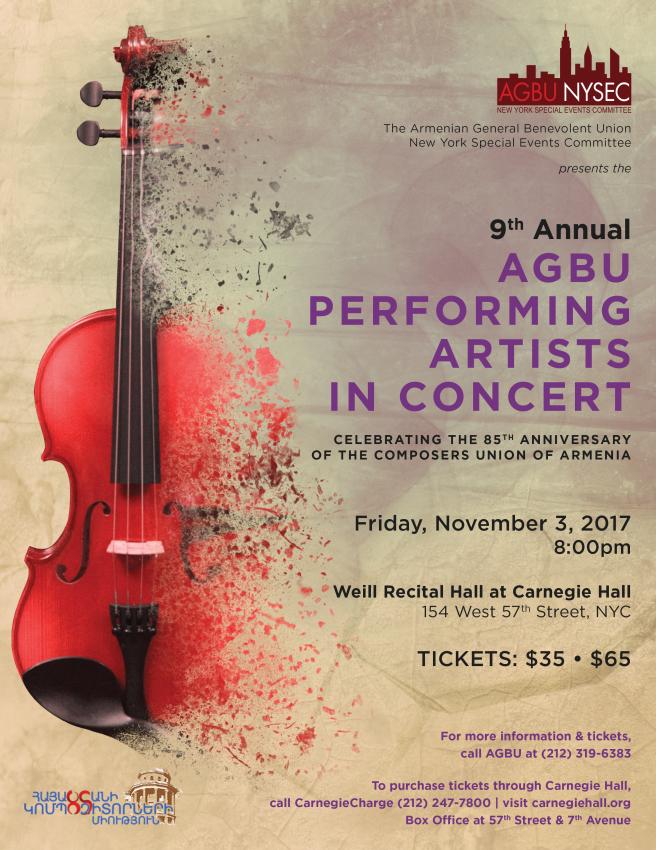 The 9th Annual AGBU Performing Artists in Concert showcases the talents of young Armenian musicians who have benefited from the AGBU Performing Arts Fellowship Program. The concert is a celebration of the 85th Anniversary of the Composer’s Union of Armenia as well as a benefit for the AGBU Performing Arts programs. Under the artistic direction of Maestro Vahan Mardirossian, pianist and principal conductor of the National Chamber Orchestra of Armenia and the Orchestre Nacional de Caen, the performance features musicians from Armenia, Switzerland, Lebanon, France, and the United States. The program includes medieval Armenian music and works by Piazzolla, Chopin, and Schubert, in addition to excerpts from Armen Tigranian’s opera Anoush, and works by Armenian composers Mirzoyan, Iradyan, and Satyan.